These pages are still under construction. Eventually we envisage a full list of the many interesting trophies awarded in New Zealand. Please help by providing photos and/or commentary. Email billforsternz@gmail.com. A slightly longer term goal is to provide full text transcriptions of each trophy. 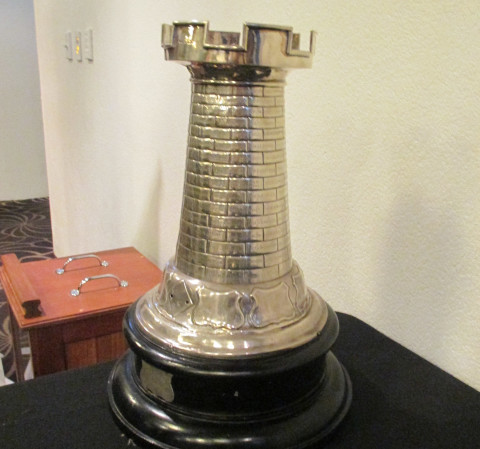 The Silver Rook is awarded each year to the New Zealand champion. This storied trophy is intimately tied to our the long history of our National championship (the world's oldest) The trophy is widely admired around the world, has a magnificent presence, and is very valuable. Consequently these days it is kept securely at NZ chess HQ rather than trusted to the custody of individual chessplayers, who of course don't have a tremendous reputation for reliability as a group in general. A little like cricket's Ashes which sadly never leave the long room at Lord's even when 'held' by Australia.

Amongst many others, the trophy bears the name of the late great IM Ortvin Sarapu no less than twenty times, an international record for multiple wins of a national championship. More photos and a full list of champions. 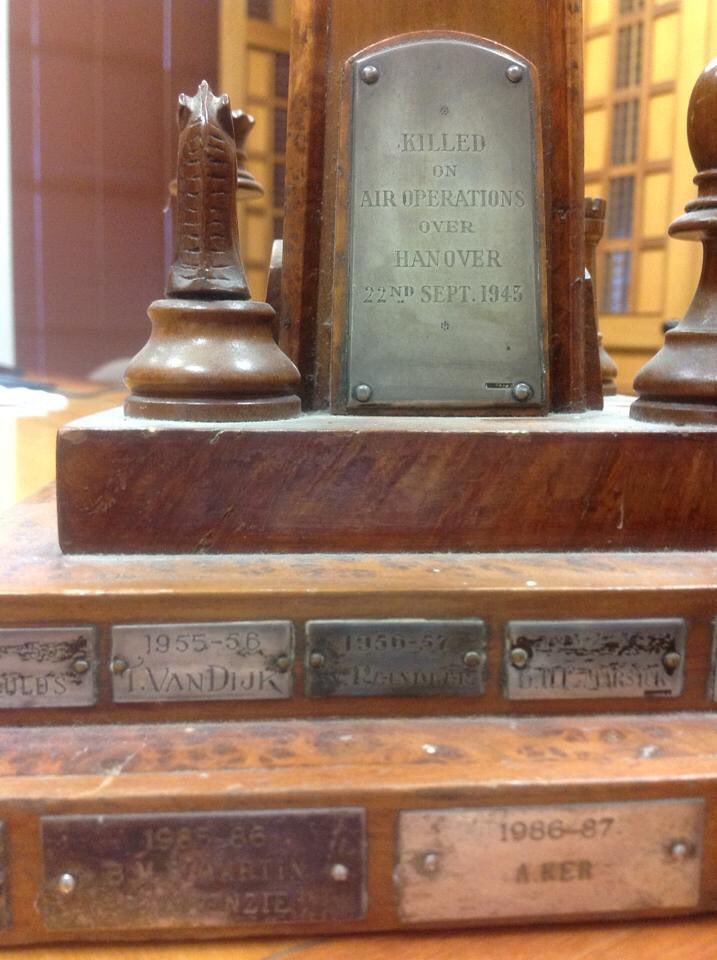 The NZ Premier Reserve Championship was contested at Congress between the 52nd Congress in 1944/45 and the 103rd in 1995/96 inclusive. The Premier Reserve was introduced to supplement an elite twelve player round robin championship with a similar secondary tournament for those players who didn't qualify for the championship. In 1996 it was decided that the more flexible Swiss system Major Open (see below) was a sufficient supplement to the Championship.

The handsome Premier Reserve Trophy was dedicated to the memory of Lionel Goldsmith a New Zealand airman who was killed in action, aged just 27, on 22nd September 1943 over Hanover during the air war against Germany. He was an air gunner in the RNZAF 115 squadron, and was from Wellington, the son of Joseph and Deborah Goldsmith. Lionel and his brother was keen Wellington players, there is more information on the Goldsmith family here. More photos and a full list of champions. 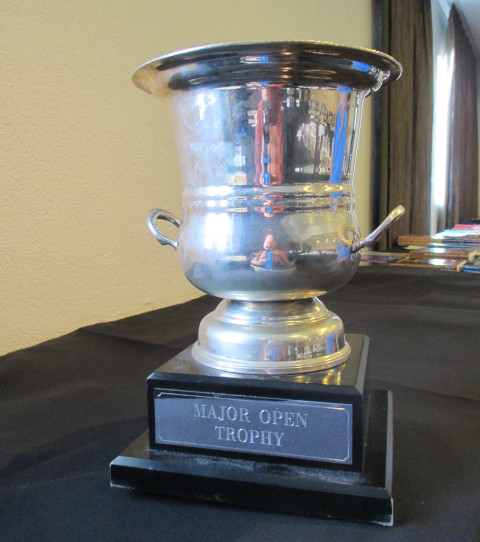 From the 96th Congress in 1988/89 a Swiss system Major Open was introduced for the many competitive players who are below the elite NZ Championship level. This competition supplemented and in time completely replaced the Premier Reserve Championship. The original Major Open trophy has been lost, this current trophy replaced it from 2013. A full list of champions is available here. 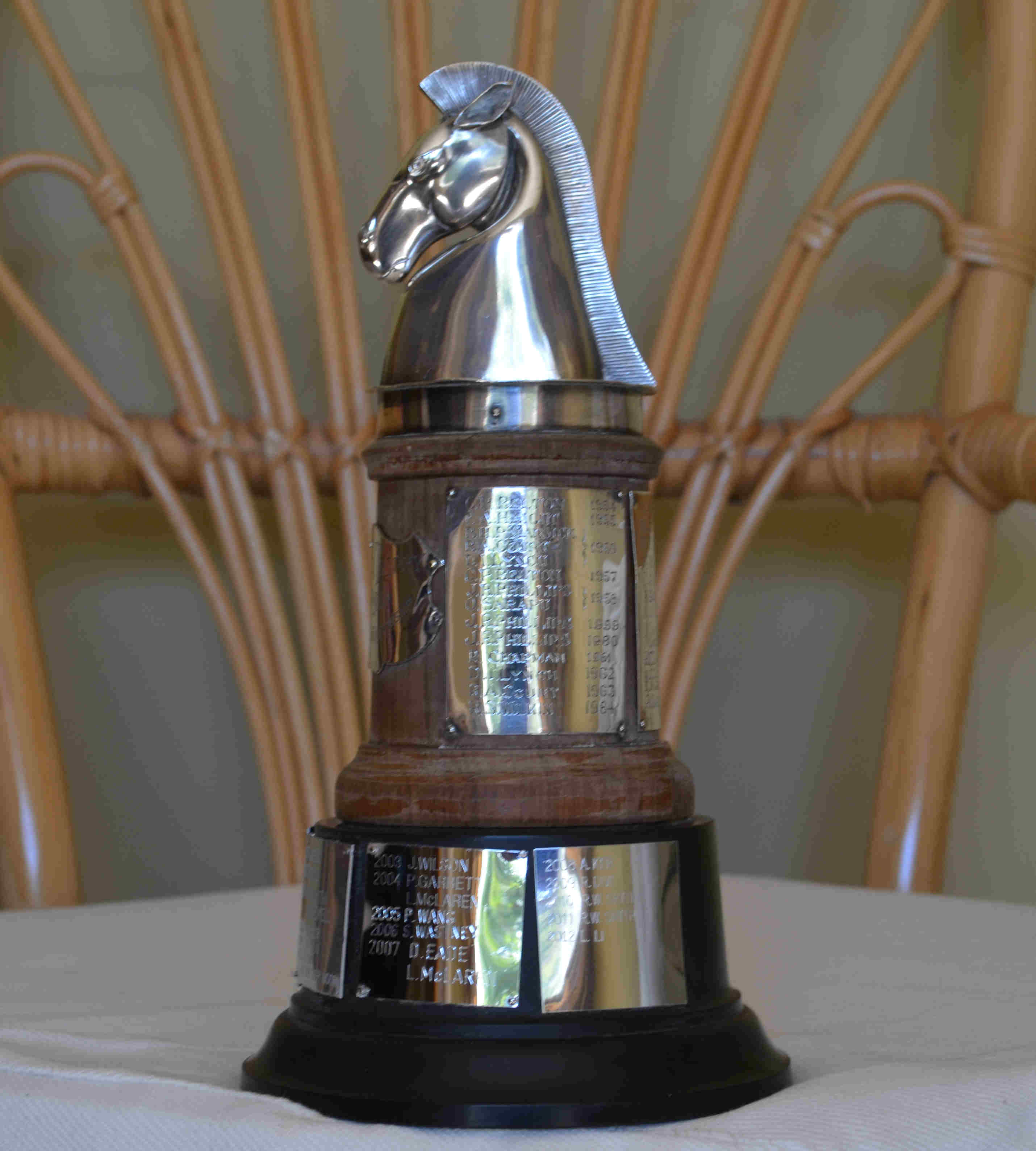 The Charles Belton Trophy has been competed for since 1954. A full list of champions is available here. 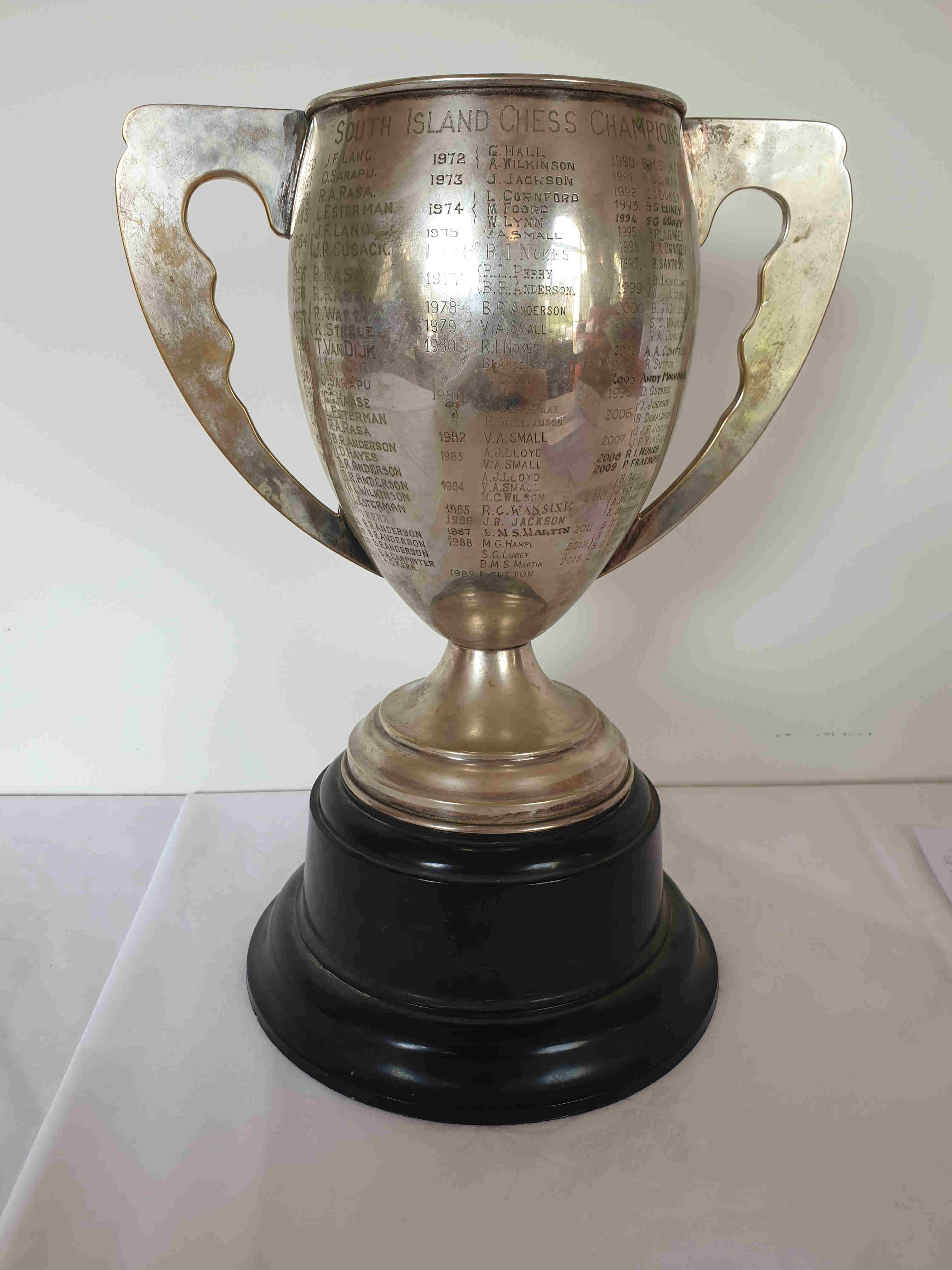 This trophy has been awarded since 1950. A full list of champions is available here.

The New Zealand Schoolpupil Championship was competed for each year between eight persons, two representing each of the Auckland, Wellington, Canterbury and Otago regions. Pupils in other parts of the country competed in one of those four regional qualication events. The trophy is dated 1949 in memory of Frank Jenner Brooker, long time member of the NZ Chess Association. The event stopped in 2000 when the NZ Junior combined with the separate schoolpupils into one event. A full list of winners is available here.

The New Zealand Rapid Championship has been contested at Congress since 1993. The Robert Jones Trophy is awarded to the winner. Sadly, we still await a decent photograph of this trophy. A full list of winners is available here.

The Mabel Abbott Trophy used to be awarded to the winner of the New Zealand Women's Championship. Sadly, we don't have a photograph of this trophy. A full list of winners is available here.